I don’t usually do “Volume 1” reviews of anything, so it’s more of a “first impressions” on the series, as i don’t plan to ever read the second volume.

Also, the anime adaptation is streaming on Crunchyroll (for US viewers).

Well, i’ve never expected to say “gimme Monster Musume instead”, but here we are.

Mind you, i know what i was getting myself into (fanservice and monstergirls with a hot springs theme), i didn’t expect much,  but i wasn’t expecting to be so bored of this one halfway through the first volume. Not even disappointed, just so fuckin bored to the point of becoming paradoxically angry at it.

The setup has actually more thought than expected in it, as the plot follows high school student Kogarashi Fuyuzora, a dude with the ability to see spirits, and that can do exorcisms on phantoms and whatnot by giving them a good ol’ punch in the face. He has lived homeless and unlucky for his whole life, so when he heards of the Yuragi inn (a former hot spring resort site), with unbelievably low fares, he asks for a room. But the rent is so cheap for a reason: it’s haunted by the ghost of the former owner, Yuuna.

But what do you know, Yuuna’s ghost isn’t one of a decrepit old lady, but a 16 years old girl (as in “anime 16 years old with big tits”) that doesn’t wanna hurt anyone, but she doesn’t wanna ascend/be freed from this world, as she has died young, doesn’t remember anything of her life, and would love to make experiences. And the place is a boarding house for yokai, because you need to fulfill the harem quotas, with monstergirls these days.

I wish i had something nice to say about this one, but the more i think about it, the more i get angry about how boring and lame this one is. It’s not To Love Ru (thankfully), but we’re almost there. I don’t expect excellence from any manga of this genre, but i expect something. I expected to go through the first volume without forcing myself on the basis of “you already bought this, at least read it till the end”. 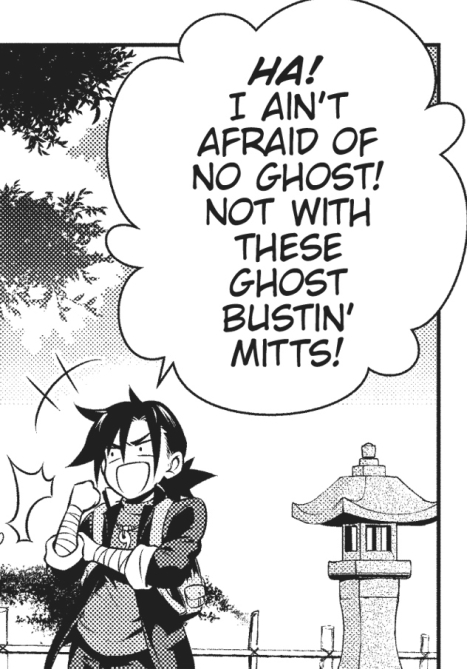 You may think that having a male lead with an actual personality (instead of “generic demographic avatar for the readers”) would be an improvement, since he has an actual backstory with ghosts that could have some potential (he used to get possessed by spirits and it ruined its life, made him train as an exorcist for revenge, for example) but it’s almost worse because it just wallpapering over the fact that this is smut, it’s an harem manga, the prototypical and oldest male sex fantasy.

This is compounded by the supporting cast of yokai gals, with them being all (mostly) needlessly hostile to the main characters at the beginning, which is annoying and pointless, because they will eventually all develop a crush on the dude: this is a fantasy, after all, it’s in the contract. And they all are cliched as hell: the cat chick, the oni, the zealous ninja, and my god, they are obnoxious here.

You either step up your smut, or do a normal shonen series where you can have some tiny bits of fanservice here and then. This is a pointless compromise, because it doesn’t fully satisfy in any way you look at it, and i couldn’t give a rat ass about the thin veil of story or the characters, since none of them are likeable here, or have a distinct, noticeable design (the drawings are actually fairly decently made, on the other hand). Not even that.

And then, on top of everything, the manga is often just stupid. Not “funny stupid”, just plain stupid and dumb, like yeah, let’s go on a date with this ghost girl and do things that couples do in these manga (the twin coiled straw to drink, that shit) in public, just to shame the poor dude. Or him saying that he can see ghosts the first day of school, in front of the class. It’s intended to be nice, cute, but it’s just lame and dumb as hell, i’m not feeling bad for this imbecile, that basically attached a “please kick in the nads” sign on the back himself.

Mind you, this manga it’s not “the worst”, it’s well intentioned (as far as this kind of soft-core manga go, at least), i guess, if you’re new to the genre or manga in general, you may even like it, but i’m just sick of these old tired tropes (here all rolled up like the Prince Of The Cosmos passed by), of these old ecchi manga gags, i’ve seen them all done to death, and there’s really nothing here that improves or exaggerates them for any purpose, not even for a laugh or to poke fun at the genre.

Having a more believable and actually characterized main protagonist is nice but it’s kinda pointless since he will eventually march to the beats of ecchi tropes and jokes beyond trite, or overused, so it’s not like it really matters much if he has a personality for the manga’s agenda. Maybe it gets better in the following chapters, but i won’t be able to testify for that, sorry. 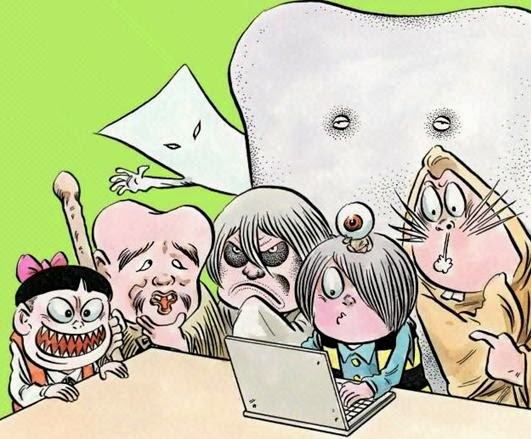 Hell, even the Monster Girl manga (yeah, there’s one of these with the most “to the point” title ever, was just a matter of time) is better at keeping up attention, even if isn’t good at all and it’s more….”sexy”, i guess.