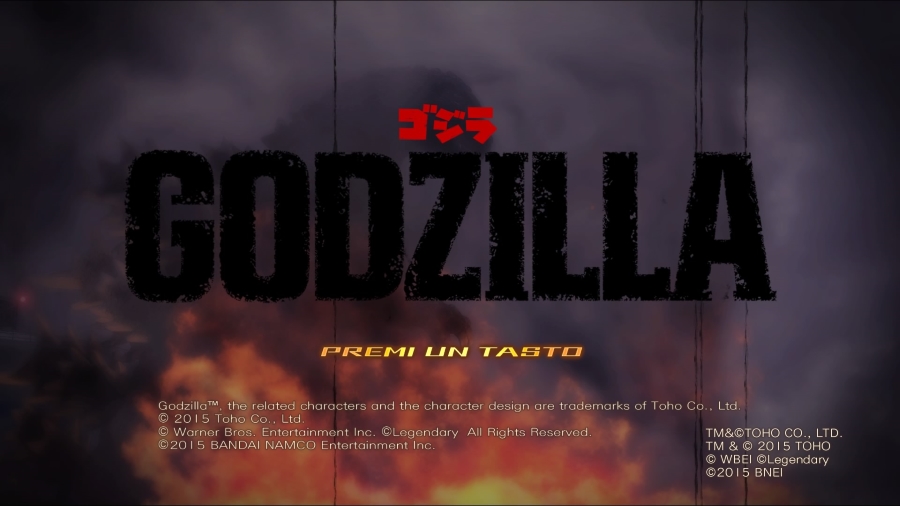 Yeah, the one that spawned the “Godzilla is approaching the generator!” meme, as popularized by “Angry” Joe Vargas.

And keeping that in mind, is worth noting that the obnoxiously repeated observation is also pointless, because you can check the “health” of the generator just by looking at how many of the spinnings parts of it are red and unmoving.

Just so you know this is shit from the start.

Bring your shovel, there’s a lot of whatsit to plow through. END_OF_DOCUMENT_TOKEN_TO_BE_REPLACED

I’m not familiar at all with Pet Sematary, be it the original book by Stephen King, or the 1989 movie adaptation (and his lesser known sequel, Pet Sematary Two), but there’s a new adaptation in theathers, so why not?

The premise is similar to the book (which was inspired by the famous The Monkey’s Paw story) or the previous movie incarnations, with a family that moves in their new country house, with a burial ground for pet animals – the titularly mispelled campo santo -located in the nearby woods. The house cat dies, and the father buries it in the “pet sematary”, which seems to hold a strange power, as their neighbour warns them of the ground being cursed…

I’m not gonna gonna point out differences between the book or the other movie, or say this is one of the better S. King adaptations, because i really can’t (i don’t count reading wikia as “having watched/read thing”), and you’re probably more familiar with the material than me anyway. I’m gonna say that the film is a bit frustrating to talk about, because the premise is intriguing, the tone is quite good, the acting and characterization too, i like that the entity is never overexplained (they say Wendigo at one point, but its got bugger all to do with the actual Wendigo from Algonquian folklore) but it’s a shame that the numerous attempts at jumpscares don’t really land.

And the pacing is slow, not particularly so, but enough to make the movie seem longer than it is, and the third act in contrast feels like it’s going fast, with some kinda silly sequences, which beg some explanation (or a better execution). I do like the ending, but i struggle to say that is “good”, quite close, but still not exactly there.

Yes, this arrived just now in my country’ theathers (1st of may, to be precise), and i’ll be blunt, that’s my only gripe with Jon S. Baird biopic about Laurel and Hardy’s beloved comedic personas.

In 1953, after their Hollywood days and a long period apart, Stan Laurel and Oliver Hardy reunite for a tour in english theathers, in order to rack some needed cash, and also train for their upcoming movie about Robin Hood, pitched to a producer but still in the air. They are warmly welcomed by the public, still enamoured with their antics and affable charm, but it’s not the relatively small packed crows they attract at first, the competition coming from the cinemas (or the home video), not even the rise of new comedic duos like Abbott and Costello the main problem.

It’s their crumbling friendship, with old grudges resurfacing, the constant knowledge of them being a thing of the past, held together by their personas more their actual selves (or so they think), and a conflicting view on many things, all made worse by Oliver’s degrading health. It’s a tale about mending a broken friendship in the world of entertaiment when you’re not top dog(s) anymore, and it’s beatifully executed, even more because you don’t really need to have a lot – if any – familiarity with the duo, or even like the passè style of comedy (i personally think it’s more cute than funny today).

Steve Coogan and John C. Reilly do a stunning job portraying the comedy duo, which is shown not as overly-idealized , but as a couple of flawed individuals (the controversy with Hal Roach is portrayed, for example), with a great balance of drama and comedy, that celebrates earnestly friendship and passion for the craft.

Funny and quite touching.

Don’t worry, i’m not gonna go into a tirade about the recently revealed trailer about the Sonic The Hedgehog live-action film.

But let me say, i’m honestly kinda intrigued, this looks like a more than fitting candidate for the “so bad it’s good” category, it looks like a mess, one made in the 90s alongside the Super Mario Bros live-action movie (back when they really didn’t had any precedent or clue of how to make a videogame-to-movie adaptation), almost intentionally so, “a cult movie in the making”, which seems like the case, it doesn’t look like it’s done on purpose to be a cult hit (it doesn’t work that way).

I don’t particulary care about Sonic as a franchise or a character, and i’m honestly ready to close this apparently unending “nostalgia for the 90s” trend and move on (good lord, we let Busby resurrect with not one, but TWO games, yeah, there’s another coming), but Jim Carrey as Eggman/Robotnik is a fun choice, and i’m eagerly awaiting it, this has all the elements of a potential disaster on all fronts, a supreme bad movie that becomes legendary, a gift, in a way.

Not that we needed/wanted it, at all, but since it’s coming out anyway…

Also, kudos to the director Jeff Fowler (at it’s first feature length film) for at least taking the criticism (well deserved, i mean, just look at it and try to tell me it’s a good design) on the chin and promising to fix Sonic’s design. Which is already been fixed in edits by random people on twitter (and i doubt it will be actually done, i don’t want crunch to happen because of this), but still, i respect the willingness to address this and not just ignore it.

Which would be quite understandable, given how people on social media react to anything.

I’ll be back with a couple of reviews soon enough!