Xeodrifter is a confusing game, to me.

Ok, you’re an indie game developer, you wanna basically made your own game and be unsubtle as possible for the inspiration behind it, and being inspired by Metroid isn’t a bad thing, let’s put it that way.

But i don’t get why do your “Metroid tribute” and fashion it after the original Metroid on NES gameplay wise. I get why you’d wanna make a nostalgia inspired game after the action NES titles, but Metroid isn’t action, it’s exploration, and frankly it’s vastly outdated today, and was already improved upon by the other titles in the series, and then by Symphony of Night.

Actually, i’d argue it’s kind of a devolution, even from the original NES debut of Samus Aran, because Metroid had a big but interconnected map. Xeodrifter has 4 planets/levels, giving you the illusion of “open world” (and kinda betraying the whole “NES Metroid tribute” by doing so), it’s imitation Metroid, so – as you’d expect – progression in the levels/world is dictated by obstacles you need upgrades and new powers to surpass, so there’s only a precise way to progress in the game.

Splitting the game into 4 planets/levels is a really bad design choice, because it exacerbates the antiquated style of level design, and i feel it’s made in the name of making the dang thing “harder” and pad the longevity, since there are no save room in the levels, only in the ship, so if you die you get back to the start of the level, checkpoints are available only before a boss fight, the portion of the map you discover is resetted if you die, and it’s just frustrating to fumble around the 4 planets in the hope of guessing where the fuck you’re supposed to go now with that new power. You have a map, but it’s so barren it’s nearly useless, almost vestigial, adding to the confusion and frustration.

Talking of power ups, they are ok, but isn’t exactly flattering how one of them is basically borrowed from the game Renegade Kid were mostly known for, Mutant Mudds. Xeodrifters has an interesting minimalistic approach to weapons, since you don’t obtain increasingly powerful different arms, you keep the basic blaster but can obtain “hidden” (kinda) gun power ups that you can assign to improve rate of fire, the arch of the shot, the power, by distribuiting this “gun points” to the various attributes. Shame it’s an interesting but pointless system, since the enemies are basically the same since the beginning, and no one is weak or strong against a particular gun set-up.

And the boss fight. Yeah,you battle the same boss throughout the whole game. Each time (almost) the boss has some new attack, but it’s super cheap and without any story reason given. Not that fighting regular enemies is much fun, since they are basically the same in every planet, the new enemies are sparce, and it’s pointless to tackle them unless you have to, since – unlike Metroid on NES – only a specific enemy that appears before the boss rooms drops extra health. So yeah, every plunge into the levels becomes more of a test in frustration and having to be excessively careful because you could had to redo the thing from scratch due to being hit twice.

It may seem unfair to say, but when actual NES game have a better approach to difficulty… it says a lot. It’s not the worst, but it’s a good example of trying to recreate an approach to old game design without improving it drastically or stop to consider why we left it behind, mostly.

You may think i hate this game, but i don’t, and frankly, despite my grievances and baffling (to me, at least) design decisions, there is something to the gameplay, there is some fun to be had if you like this style of games, the controls are fine, and the pixel art is nice, if a bit overdone and not particularly distinctive or “original” anymore by now.

But it feels like an unfinished game, and not the way you might think. It’s not broken, it’s not bug ridden, but just as you get comfortable with the gameplay, learn how to use the various power ups, just as you think on how the game will escalate things further… it doesn’t. It just ends.

It’s not a lenghty game, at all, but that’s not the issue, it’s the fact the game reaches what would be the second act, when you expect it to engage full throttle… and -again – it doesn’t. You get the Warp Core (the thing you needed to repair your ship’s engine and get out of the galaxy), fly away, then credits and a “Thanks For Playing” screen that doesn’t feel rewarding to witness.

While it took me like 5 hours (most because of the senseless wandering brought upon by the bad world design) to beat, if you know what you’re doing Xeodrifter can finished in 1 hour (there’s a trophy for that, at least on PS platforms), but i’m not complaining due to the lenght. Not because i got it on sale on the Switch eShop for 1 eurobuck (the game isn’t pricey to begin with, and i’m not stupid to equate “hour of gameplay=monetary value”), but because it felt a lot longer, and not in the good way.

Fittingly (a bit too much, i’d say) it felt like a modern NES game, with difficult gameplay not entirely for the sake of challenge, but more to avoid you finishing the fuckin thing earlier. Intentionally so, but not a compelling excuse for me.

Xeodrifter is a game that conceptually baffles me, as Renegade Kid (which then split into “Atooi” and “Infitizmo”) tried to jump on the “NES nostalgia bandwagon” but without any sensible concept behind stroking very very hard the nostalgia sausage because they could, uncaring if they could improve the sausage (they could).

While it makes sense to try and recreate the immediate appeal of action games on the NES, not so much for exploration titles like Metroid, a pivotal game, but with a gameplay formula that has been improved and refined for the better in time. Deliberatly trying to do a game like the original Metroid isn’t a great idea, and it doesn’t help when coupled with level design and choices that i’d argue are actually worst than the inspiration model, with a giant interconnected world discarded for four separate levels/planets (and with a nearly useless map), just to falsify a sense of choice and make the whole thing more confusing and navigation less organic.

Then add an even more articially inflated “difficulty”, with regular enemies than never drop extra health, checkpoints only after beating a boss… well, THE boss. A singular boss that you fight many times during the game, each (well, almost each) time with some new attacks, the feature that best shows the repetivity of the game as a whole, despite it being short and at the same time longer than it should.

Which is kinda tragic because it’s not a disaster, it’s not disfunctional or mechanically putrid, while the story is even more minimal than the original Metroid there’s some satisfaction to be had, and it has some interesting ideas (like the power up system for your blaster), but as you acquire more powers and learn to utilize them, as you get the hang of the gameplay… it just ends when it gets better. You get the crystal to fix your ship, and fuck off to wherever you were going before. Bye, and thank you for playing.

There’s simply no reason to bother with Xeodrifter now, given the overabundance of Metroid/Metroidvania style games, most of them better, both from indie developers or bigger ones, like, play Muramasa: The Demon Blade instead. It’s not exactly a Metroidvania, more like a hack n slash with some Metroidvania elements, but it’s better.

Or just play Bloodstained: Ritual of The Night. Or even the 2014 Strider game. 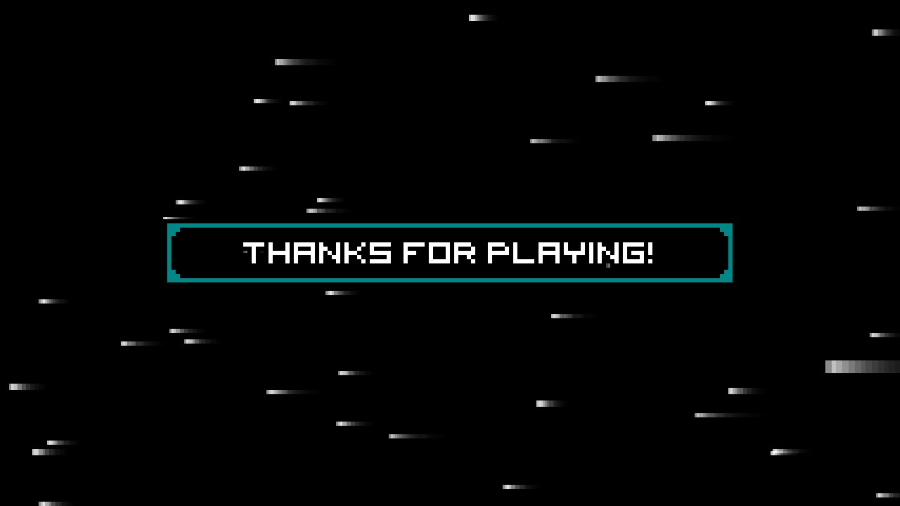 If you are a Metroidvania aficionado/buff and need to play them all, wait for a sale, and at least this won’t take much of your time anyway, and at least it fulfills it’s own clear goal of being a modern NES game through and through. A goal which i find a bit stupid and ill advised, but still….

Yeah, in retrospective, i’m not exactly that sad about Renegade Kid isn’t around anymore, as much i believed in them, and even backed that Kickstarter for Cult Country that ultimately went nowhere, liked the idea very much. But alas.