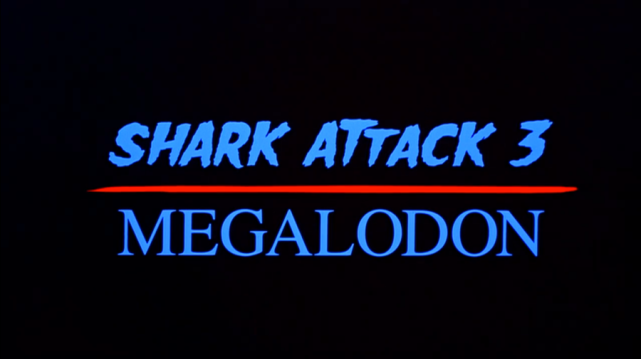 Yeah, reviewing the previous Shark Attack movies was just a formality of sorts, more for completition’s sake and to have an excuse to watch them.

This is the Shark Attack movie you knew and (apparently) loved, and it doesn’t need presentation for many internet denizens of a certain age, since it spawned some really legendary, popular memes on an internet where “meme” wasn’t a common term at all, and had clips do the rounds of forums and boards. END_OF_DOCUMENT_TOKEN_TO_BE_REPLACED While the first Shark Attack wasn’t exactly a prestigious production, at least it was deemed worthy to be released as a TV movie.

With the “sequel” they didn’t even bother to try and sell it to SYFY, and released it directly to home video, which is already a flag of sorts, but then again, the first one was quite bad and widely panned, so nobody was expecting Shark Attack 2 to carry the sins of the father and redeem the franchise on the Golgotha. END_OF_DOCUMENT_TOKEN_TO_BE_REPLACED