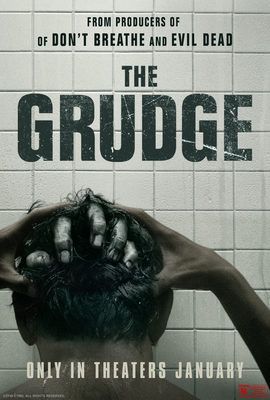 (finally got another chance of seeing this in theathers)

Despite the mostly negative reception in the States and the frankly stupid idea of doing ANOTHER remake of Ju-On/The Grudge…. at least it had to just be better than the 2004 american remake, and that one had the same directors of the original. Then again i haven’t watched any of the sequels yet (american or japanese ones), but i can confirm this one is a “side-sequel” meant to connect with the 2004 american The Grudge.

And this is the main problem, as it wants to not disregard the previous american movies, but also doesn’t want to rework the premise to make sense in a completely different place and culture, or to make you forget that this a western remake of japanese movie. So there a willingly suicidal tendency to this one taking place in America with an american cast (plus John Cho), but still having to originate from Japan, with the curse basically using a character as a vessel to propagate itself in a small town, where a local sheriff investigates strange murders seemingly connected to a single house, all told in a non-linear fashion (as you’d expect) with the characters acting as “chapters-victims”.

It’s kinda tragic, because Nicolas Pesce manages to craft good characters and make you care about them, the drama is decent and the acting good, but when it comes to the horror parts, you’d wish the movie didn’t bother at all, even without throwing into the mix the trite j-horror movies cliches, or stuff that “has” to be here regardless, just because it’s The Grudge. The open ending doesn’t help.

Definitely a step up from the 2004 The Grudge, but please, let this type of “reboot/remakes of japanese movies” stay where it belongs. In the past.