Didn’t plan to review this, but suddendly i saw “this film will be unavailable the 31 of august”. Thanks, Amazon Prime Video, wanna remove first some garbage that probably isn’t even really licensed so much as “uploaded” by random persons? No? Thank you.

So anyway, Open Water, the first one of the not-series, as there are two more, but there’s no story continuity, and the second one often isn’t even titled as a sequel, which is fairly common for these realm of horror thriller about killer animals… or killer anything, to be even more honest, and pretty any distribution company “has” to have it’s own shark series with movies that just add numbers at the end of titles and share the same overall concept or premise.This is Lionsgate’s.

I mean, we did just get Deep Blue Sea 3 a month earlier, and – yes – i’m planning to get the UK DVD, as i’m not expecting any streaming site in my country to carry it soon, the price is honest alòl things considered, and this release was quicker than expected. 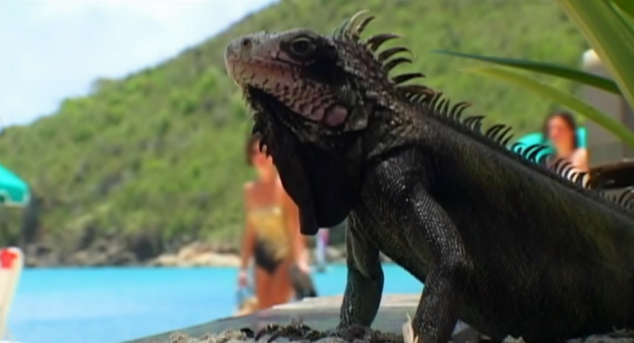 Loosely based on the true story of Tom and Eileen Lonergan, who in 1998 went out with a scuba diving company on the Great Barrier Reef, and due to an erroneous headcount by the boat crew, were accidentally left behind, and disapparead at sea. In reality it is not known what fate the couple eventually met, as it yet unclear what happened, but the movie (while changing the names, as respect would dictate) poses they were attacked by marine creatures, including sharks.

This sounds a bit exploitative, but the movie was made 5 years after the disappareance, which is more than enough, i feel, and the movie handles this in a dignified manner, it’s not like The Helter Skelter Murders, filmed DURING the trial, nor there is animal cruelty. Which is interesting, as this movie actually uses live sharks instead of animatronics or CG, to further enhance the realistic approach, it perfectly gels with the lo-fi home movie aesthetic chosen, and it works incredibly well.

Open Water it’s brilliant in his absolute minimalism, indeed a simple concept but a powerful one, cutting most of the side serving to focus on the experience of being stranded at sea, and managing to make it all seem real, even better with minimal blood and zero gore (some nudity at the beginning, not shark nudity, fiy), because the tension is great, it seems believable that sharks could or could not attack, and when it happens, it not sensationalized, it just happens with cold swiftness. There’s even a shark being cut open at the end, don’t know if it’s real, but it seems like it.

Sure, it will take some time to gear up (even for a 80 minutes movie), but it’s worth sitting through the slighly leasurely 20 minutes, because getting to know the couple helps better define them later, as fear and bottled up tensions make them emotionally break down, all in a realistic manner, with conflict that doesn’t arise for its own sake (and there’s even some small comic relief to be found in them arguing with each other), but bursts when they are put in such a situation, expecially because they did this scuba diving vacation to mend their relationship.

If this was handled any worse, it would fail miserably, as there isn’t anything else to fall on, both with the story and the characters, which pretty much amount to the couple itself, and some very minor ones that – mostly – don’t really factor in the plot itself.

Definitely one of the better shark movies, and even outside of that a great survival thriller, that manages what most movies haven’t been able to, to make it all seems like it really could possibly happen, and still, 17 years later, it’s incredibly effective, which is even more impressive.

You can see why it’s fondly remembered and was eventually referenced in many occasions.  Highly recommended.